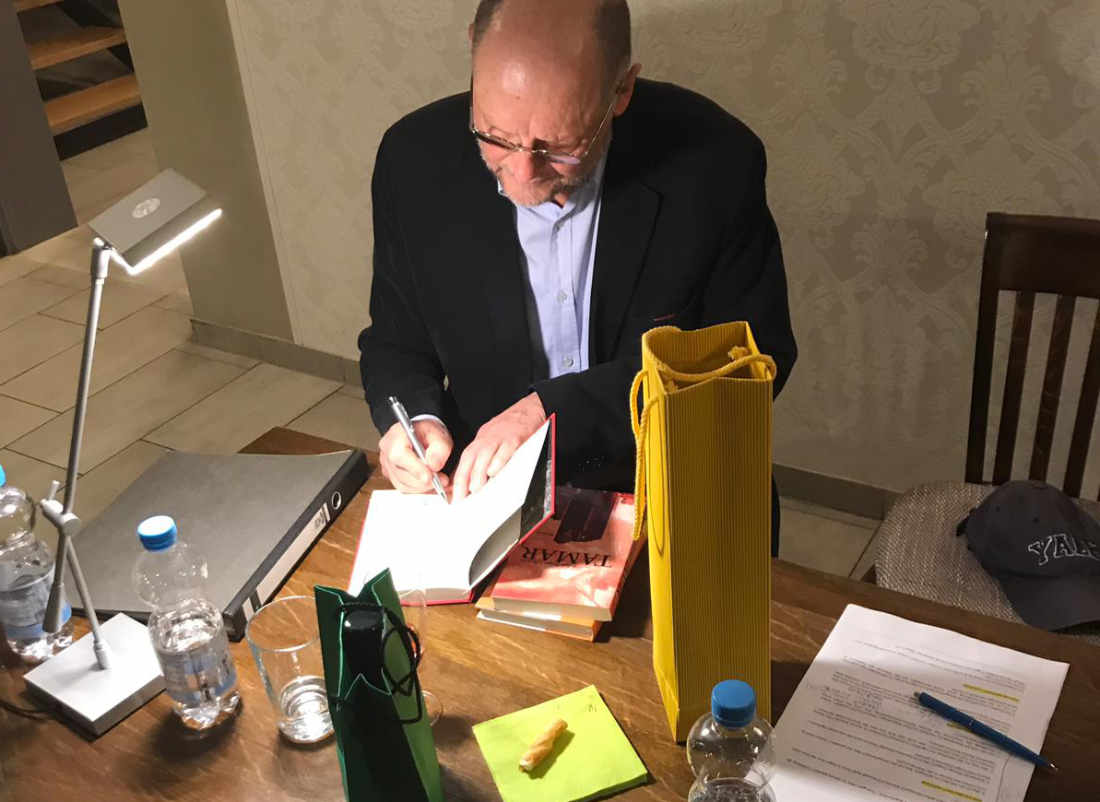 Ludwig, a boy from the North, had always felt drawn to the edges of the continent. There, he thought, this fearfilled life must have an end, because the land stopped and the sea began. Before bed he gazed at the photographs in his geography book, and when he turned out the light, he took the rocky coast along with him into the night. Then he saw himself standing at Europe’s westernmost point, windwrapped, gazing over the headland’s barren hills, gazing at the sea and letting the waves carry him off. At the end of the continent and the beginning of the sea, he dreamed, he would lose his fear of his father, yes, all his fears would blow away in the wind, it would all be much easier for him. Bad grades would suddenly be crushed beneath the boulders the surf bit out of the coast; and he wasn’t dumb the way the harsh man claimed, he drifted off in school because his parents’ fights haunted his thoughts, always forcing him to think of the ugliness at home.
Up here, on the headland of his dreams, he stopped racking his brains for some way to placate his father, that big, indignant man he would have loved to look up to, as to a pillar of heaven... But when he woke up the fear ate its way back into him and he walked to school very slowly, staring at the ground in front of his feet, covered with dry leaves even in summer, and so he was late, not just dumb but lazy too.
One day, now a young man, working at a downtown shop, he walked over to the window in a quiet moment to look out at the busy square. Streetcars passed, cars, lots of cars, filled with lots of strangers. But he was tired of feeling nothing but yearning and picturing what it would be like to be free, strong, yes, a real man. The rocky coast, the headland of his dreams! There his trepidation had dissolved in the wind, shattered by boulders and swallowed by the sea.
What if he travelled there, this very day, right now, hopping on the next train, with no money, no suitcase, hopping on an airplane, into all the cars in the world, to leave this fear behind him, fanning the flames of his yearning till they grew to wild stallions that galloped through his soul with hooves spraying sparks, why, why did he have this yearning that no one else shared, and if anyone did, he’d thought just now, it was only the bad people. If he did travel there, what then?
Ludwig wasted no more time thinking. A mysterious voice lured him out of the shop – the angry yells of the manager, whom he’d brushed past without a word as he stepped out onto the street, disintegrated behind him into thin air like migratory birds’ hasty droppings – lured him across to the train station, to all the tracks where the long distance trains left, drawing the glowing line of their windows faster and faster through the plains and taking off, airplanes, radiant comets.

Ludwig, quite out of breath, had landed on the headland at last. The wind had ruffled his hair, reddened his eyes and cheeks. Flocks of birds, grasping the urgency of his mission, had scattered to let the traveler travel freely. The mountains had followed his spring flight with eyes of snow, winking at each other, whispering like the adults when a young one, fully fledged, flutters off all at once as though knowing all the world’s destinations. Ludwig wiped the dust from his eyes to see better, but at the sight of the rocky coast, the steep drop to the sea, he hid his face in alarm, as though he could not trust his eyes, could not believe how wild and dangerous the boundary of land, sea and sky was.
Waves gnawed the cliff, bit into boulders and heaved them about, crashing and booming. Gulls darted through the wind the sea blew up along the coast and cried hoarsely. An invisible finger touched Ludwig’s ear, turning it toward the ocean. There something seemed to announce itself, something without a name, a pull that slowly turned to sound, softly, very softly, that turned to a voice calling him: Ludwig, Ludwig, turn around, look across the land to the mountains, and go there, go to the forest of Sintra.
Ludwig looked around suspiciously. He couldn’t see any forest, nor did he believe there to be one here. Forests that called attention to themselves so softly existed only in the fairytales that no one told these days, but before he knew what was happening he had passed the squat lighthouse whose arms of light would flail through the night, and whose shadow smelled of rotting algae and kelp, a smell of earth and water at the broken-off edge of the continent from which those promised woods might really grow one day, and was walking down a path that wound its way across the headland between rocks, outcroppings and blossoming aloe.
At last, sweaty and exhausted from a long uphill hike, Ludwig spotted a sign pointing to Sintra. Sintra, he gasped out, Sintra, glanced up skeptically at the sun, which hung old and red and round above the sea, with a beard of clouds falling down to the water. Sintra. A strange word. What had put it into his head? What did it mean? Was it the name of a forest, or a place he could reach only by hiking through the forest? He paced fearfully down the path, following his shadow on a farmyard wall that ran along the road, cast upon it by the setting sun like a dark companion. At one point it stretched forward from his feet; another time, when the road curved, it slunk along behind him. It was as though he, Ludwig in the flesh, were sprouting like a curious blossom from a rosette of black leaves. The voice whispered soundless in his ears, encouraging him to look around, for the tall, ivy covered trees were the gate to the enchanted forest. He lifted his head and took a deep breath. The air was pungent, filled with unaccustomed aromas, animating him, awakening him to another kind of perception. At this hour the trees seemed to shine from within, transcending themselves in their gigantic growth, just as he suddenly seemed to glow and outgrow himself, seized by something that had just woken from profound slumbers, from some imperative thing that had lured him here and left him all alone, yes indeed, so that he failed to notice how deep in the forest he already was.
The leaves of the eucalyptus trees trickled over the mighty arms of the pines, but it only looked that way because the fans of the ferns played a game that baffled the senses, blossoming orchids, or were they dainty birds that in their song had turned to blossoms, lighting hanging lamps before they fluttered away, hummingbirds hovering in the air now here now there, wings whirring, sprouting dark red, white, manycolored leaves that changed back into feathers again.
Lovely, isn’t it? said a voice. Ludwig turned around, startled. He had completely forgotten that there were other people in the world besides him. But no one was there.
Don’t be afraid, said the voice. I’m Givdul. An old friend.
Ludwig stopped in his tracks. Suddenly he saw a black tomcat. He had one green eye and one blue eye, and his fur was dark as the night, its sheen darker and silkier still than the night skies over the headland of dreams. Ludwig was speechless. He stared as a fuchsia blossom fell into the creature’s fur, instantly changing into a colorful warbling bird that pecked the cat’s ear, or was it a fish paddling through the water with strangely curved fins?
You aren’t ready to understand that yet, said Givdul, smiling as the fish-fuchsia dissolved into thin air.
The cat gave Ludwig a friendly glance, trotted on for a few steps, then stopped and turned his head.
Aren’t you coming? he asked. Ludwig twirled his moustache, doubtful, not daring to follow the creature. Givdul sat down, very straight, wrapped his tail around his paws and looked at Ludwig.
Look here, he said after a while, emphasizing his words with a wave of his right paw, you know your old friend doesn’t mean any harm. You wouldn’t be here otherwise. And if you follow him a bit further, he’ll prove it to you.